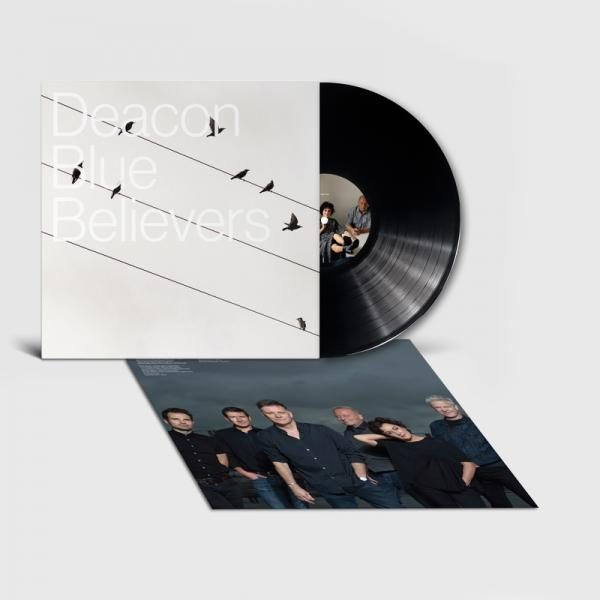 Deacon Blue advance their vast creative and commercial renaissance with therelease of their brand new studio album “Believers”.‘Believers’ is the third part of a trilogy that begun with ‘The Hipsters’ in 2012 andcontinued with ‘A New House’ in 2014. As such it continues a songwriting that is all rich, idiosyncratic and sharply honed at once– and inevitablycoloured by a sense of urgency to make sense of recent events, both personal andglobal.The first single ‘The Believers’ is a song reflecting, in part, on the scenes ofdespair among refugees attempting to cross the Mediterranean and elsewhere –but nevertheless cast as an anthem of hope.‘Believers’ is the band’s 8th studio album and consists of 12 tracks, written or cowrittenby Ricky Ross. The record was produced and mixed by producer andfriend Paul Savage (Mogwai, Arab Strap, The Twilight Sad, Wu Lyf) whopreviously worked with the band on ‘The Hipsters’. Two tracks were mixed byGrammy  Michael Brauer (Coldplay, John Mayor).Ricky Ross says of the album trilogy now completed with the new record: TheHipsters” was about the band – my love letter to Deacon Blue. Our last album “ANew House” was about our country, Scotland. This album is about the journey weall take into the dark. You come to that point in your life where – whatever you’vebeen told, whatever the evidence you’ve been presented with – you just don’tknow what the answer is. At which point you can only rely on instincts of yourheart. You either take the leap or you don’t.”And Deacon Blue sure did – and what a big leap they took!